I saw my first Harlequin ladybird in the garden here in Wimbledon on 29/04/2007. 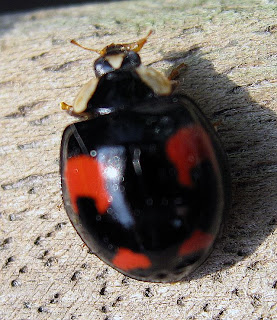 I sent the photo to Peter Brown at http:/www.harlequin-survey.org/ and he confirmed that it was a Harlequin ladybird, Harmonia axyridis. It is also known as the Multicoloured Asian Ladybird and the Halloween Ladybird. He also told me that a colour ladybird identification sheet was available http://www.ladybird-survey.org/UKladybirds/UKladybirds.htm.

This species of ladybird was first seen in the UK in 2004 and it has now spread over much of the country. Unfortunately, it appears to out-compete the native species and can even eat them.

I saw others two years later and reported this on 23/7/2009 and sent the next photo: 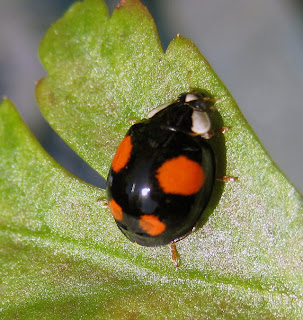 In the winter of 2009 -2010, which had many days that were well below freezing for several weeks in January, I found many dead Harlequin ladybirds on and inside the back window of the house, overlooking the garden where I found the Harlequins. I have not found any live ones so far this year.

I suspect that the northern spread of this species from Continental Europe may be a feature of global warming. The loss of many over-wintering Harlequin ladybirds suggests that they are cold-sensitive. Britain does not have a 'Continental' climate with wide swings of temperature, but extra-cold winters have significant effects on many species, as suggested here.

On 6 July 2013 I found that my Bramley apple tree, in the garden where I had first seen Harlequin ladybirds, was severely infested with their larvae. These were feasting on aphids. There were no apples that year. 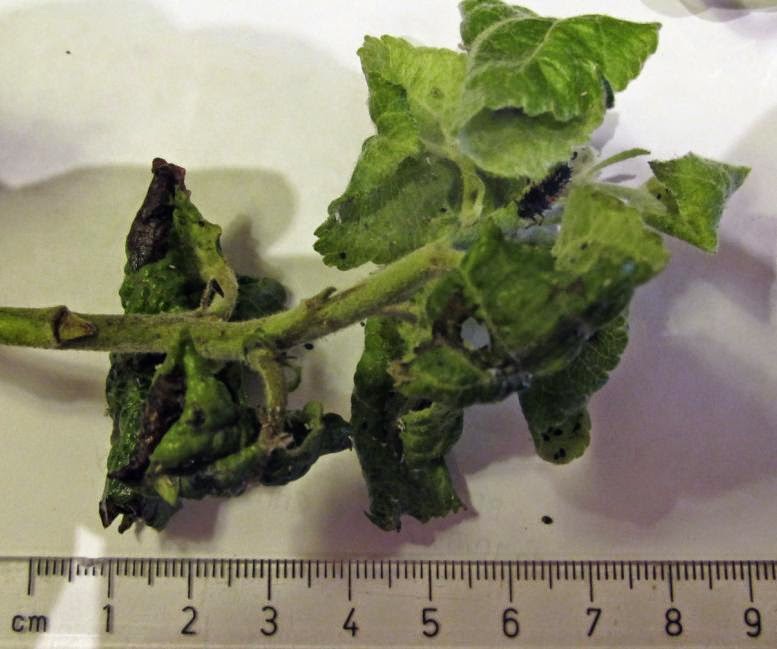 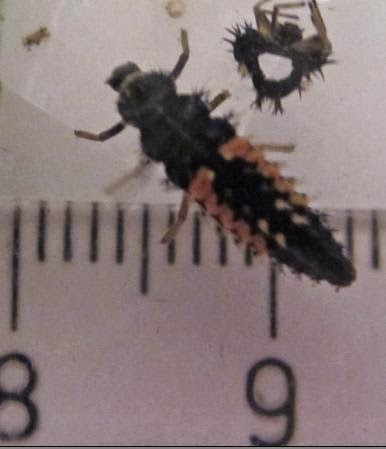 Posted by Christopher Spry at 19:15